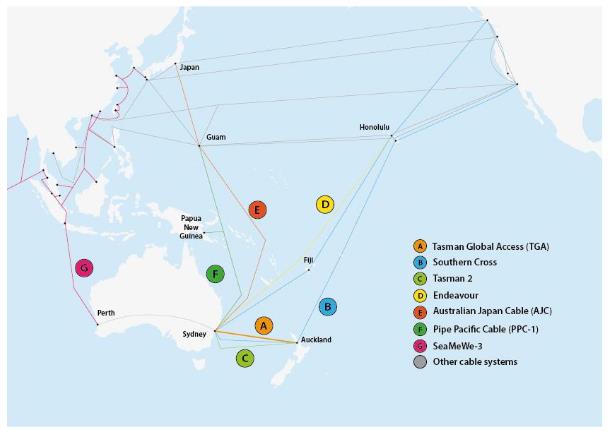 Telecom, Vodafone and Telstra have announced a deal to build a new undersea telecommunications cable between Auckland and Sydney, which should dramatically increase the amount of internet data able to be sent to and from New Zealand.

“The business case for a new cable between New Zealand and Australia is compelling, providing greater capacity and global redundancy capability. It also reflects the growing importance of trans-Tasman internet traffic: for example, around 40 per cent of both Telecom and Vodafone’s international internet traffic is now Australia to New Zealand, versus just 10 per cent in 2000,” they said.

“We are seeing increased data content being provided from Australia-based servers by global companies and being accessed by New Zealand internet users. An additional cable connection with Australia will strengthen the business case for international data servers to be located in New Zealand.”